Bay Search and Rescue respond to 20—50 call outs per year, and logged operational hours in Being a large area, with some challenging terrain such as marshland and quicksands, it is difficult to carry out SAR operations on foot. Figure 1 shows typical terrain in Morecambe Bay.

The potential advantages of drones and automated detection of humans in SAR operations here are clear. In this paper, we describe a pilot study to test the effectiveness of thermal-equipped drones for locating humans in a variety of realistic search and rescue scenarios in a marine and coastal environment, both by the naked eye and using a rudimentary automated detection system.

We outline the requirements and next steps to implementation of an autonomous drone-based system for SAR. To test the effectiveness of thermal-equipped drones for finding people in need of rescue, we performed a series of simulated SAR scenarios, all of which were realistic and had been encountered by the Morecambe Bay Search and Rescue team in the past. As part of their regular SAR training, volunteers from Bay Search and Rescue were used as the simulated survivors in need of rescue.

This test was carried out near latitude There were four scenarios;. A person lying down in the long marsh grass, in a position where they could not be seen from ground level. A person lying down between the rocks which make up a sea wall, and not visible from ground level. People hidden in vegetation. Three separate tests were performed for this scenario, one person in a gully under mid to sparse vegetation cover; one person at the edge of a small wooded area; two people in the middle of a small wooded area with full canopy cover.

We used a custom hexacopter drone based around a Tarot airframe and Pixhawk 2. The drone was equipped with a custom designed two-axis brushless gimbal mechanism to provide stabilisation of the camera in both roll and pitch. The camera was interfaced to the flight controller to enable remote triggering and geotagging information to be recorded. Live video feedback was available in flight via a 5. For each scenario, we adopted an appropriate flight strategy, either a straight line fly-over or a grid search pattern.

Data were subsequently examined by the naked eye after each flight. The drone pilot and those who examined the data were not aware of the locations of the volunteers being searched for beforehand, only the general area in which they were located. Machine learning would be the ideal tool to carry out automated detection and identification of the volunteers in these experiments. However, we only have five experiments worth of data to train with.


Each flight lasted between 5—10 min. Allowing one minute each for take-off and landing, with the 30 Hz camera used, this generates —14, frames of data per flight. The number of these frames that contain humans was between — per flight or per flight height depending on how the drone was moving. After splitting the data into training, testing and verification sets, this would leave a small number of meaningfully different images to train with i. Previous work has shown that small training dataset sizes lead to dramatic drops in classification accuracy [ 26 , 27 , 28 ].

With a small number of experiments, a machine learning system would only recognise the specific humans in the specific scenarios we tested with, and it would be difficult to be certain that the reported performance would in fact be meaningful in a wider range of real world scenarios. Given the safety critical constraints of SAR requiring high accuracy, or at least low false positives, we decided to test an alternative detection method.

At a drone height of m AGL, these sizes will be 15 pixels prone and 4 pixels upright , respectively. Human surface temperatures which would be recorded by thermal cameras as opposed to internal core temperature are dependent on several factors. Clothing reduces the heat emitted from the body, meaning humans will appear cooler in thermal footage. Thermal contrast, defined as the difference in temperature between an object of interest and surrounding objects or ground, is a key factor in distinguishing and detecting people with TIR cameras.

If the temperature of an object is the same as, or very close to that of, the ground, when viewed from a drone, it will be difficult to distinguish them from the ground in TIR data. The temperature of the ground in any given area is more dependent on incoming solar radiation sunlight than on air temperature. The expected ground temperature for the region of the Bay where this study was performed was calculated following [ 20 ]. Given this, we expect humans to be detected at high significance in the data. The weather was partly cloudy, cool and breezy.

Whilst temperature, humidity, pressure and particularly wind do change with increasing altitude, for the flights that we conducted, the maximum drone height was m AGL. Over this range of heights, the only variable that will show significant change is wind speed. Considering the variation of the ground temperature as it heats and cools throughout the day, and the regulation of body temperature by humans as a response, setting an absolute temperature threshold is not necessarily the best way to detect humans.

For automated detection, we set the temperature threshold for identifying humans as the 99th percentile of warmest pixels, and the size threshold to be between 8—30 pixels at 50 m and 3—17 pixels at m. All of the automated detections were subsequently inspected by the naked eye to check for true positives and false positives. Figure 3 shows examples of the TIR data gathered from the drone for different scenarios, indicating the positions of volunteers. When examining the data by eye, the volunteers were easily distinguishable in all scenarios, although a little more difficult to distinguish in the woodland scenario.

It could be argued that spotting the humans in the woods with the naked eye was partly due to knowing that the humans were in there somewhere, which may not be the case in a real-life search and rescue scenario. Further tests are required to investigate the detectability of humans in woodlands. No false positives were identified by eye. The automated detection algorithm found the volunteers in all scenarios except in the woodland.

These were easily excluded as not humans by visual inspection.

isaterxaesin.tk False positives are clearly less important than false negatives for search and rescue, and a few false positives can be tolerated so long as no actual people in need of rescue are missed. For a field-ready system, it is clear that the automated detection of survivors needs to be more intelligent than simple temperature threshold and estimated size limits. This kind of intelligence could include, for example, a system that knows the height of the drone and how large to expect a human to appear in the FOV, or a map of the terrain with possible sources of false positives already highlighted.

As environmental temperature varies with illumination, surface composition and time of day, so does human skin temperature. This is evident in the histograms Figure 4 and Table 1. Given these observations, we constructed some synthetic TIR data to estimate the limits on detectability of humans in these scenarios. We constructed synthetic observations following the calculations described in [ 20 , 30 ] for spot size effect and blending of temperatures within a single pixel.

Briefly, when a pixel in a thermal camera contains more than one object, the temperature recorded within that pixel is a blend of that of the two or more objects. We simulate a human when viewed from above to be 0. We have assumed the same camera field of view and pixel count for these synthetic observations as for the real camera used in the observations above. We produce the same scene for drone heights of 50 and m AGL. Examples of the synthetic data are shown in Figure 5. Detectability is strongly dependent on the difference in temperature between the person and their surroundings.

This is obviously also related to their clothing, whether they are wet, how hidden they are and if they are obscured from above. For example, in Figure 4 c,d, the same human appears cooler when observed from higher drone height AGL due to spot size blending. As was evident from our observations of humans in the woodland, obscuration by vegetation leads to a reduced thermal contrast decrease in recorded temperature difference , due to increased blending of tree branches and leaves with humans in each pixel. Generally to be able to identify a warm spot in TIR images as being a human, as distinct from an animal of similar size or other warm object, they must appear larger than 10 pixels in size [ 20 , 25 ].

A single pixel detection is too small for any kind of confidence on identifying a warm spot as being a human. Figure 6 shows the recorded temperature for 5 and 10 pixel-sized objects as the height of the drone increases constructed following the same process as above , for a 0. When the measured temperature of an object drops to that of the background, it can no longer be distinguished from the ground and hence cannot be detected.

Figure 6 shows that the measured temperature of the humans remains stable as height increases at first, until the effect of blending temperatures becomes apparent; then, the temperature drops off. To distinguish a 0. For cases where humans take up 10 pixels in the data, these heights AGL are m and 60 m, respectively. In reality, background variation is not random, rather it is more dependent on the terrain and vegetation type. At low height AGL, there will be a coherent human shape in the data even if their temperature is within the ground variation. 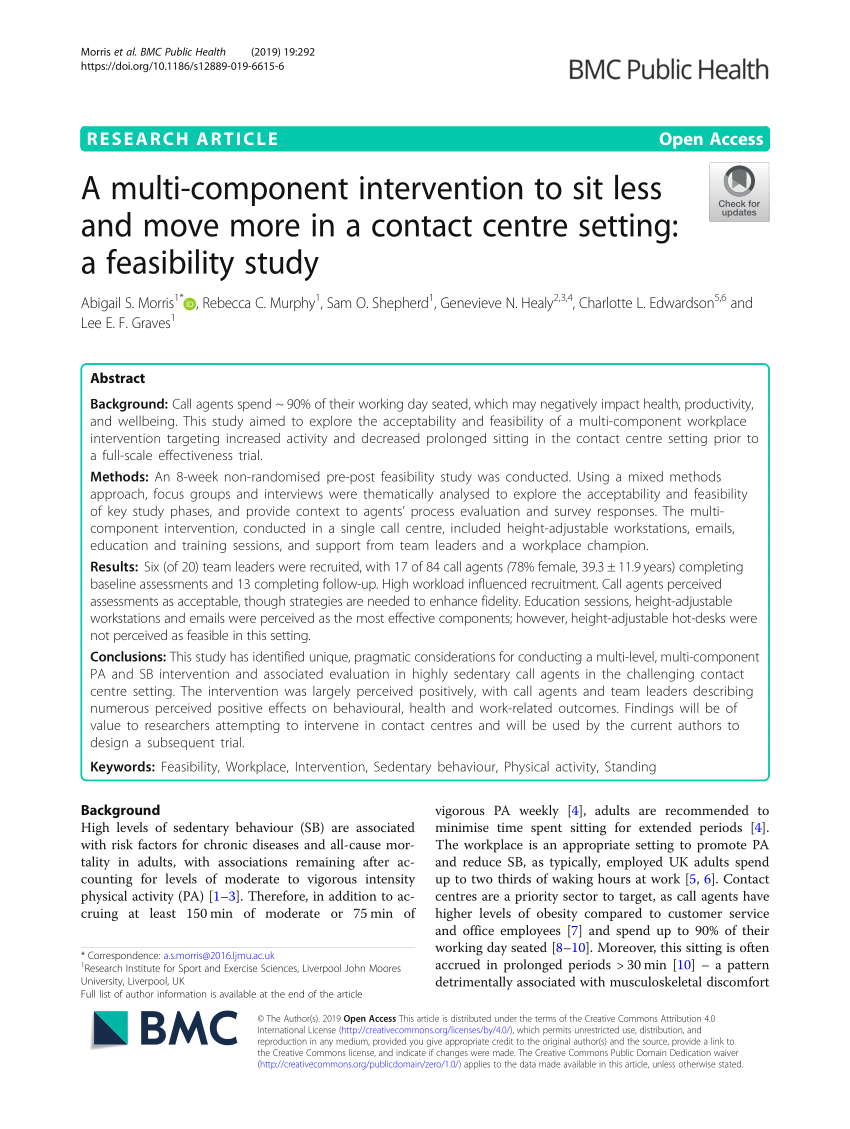 As such, it may be possible to identify a human by the naked eye so long as they are warmer than the background on average, but, in this case, an automated algorithm based on a simple threshold may fail. However, it may be possible to discern humans using a machine learning system if sufficient training data are utilised. In this pilot study, we have shown that, in realistic search and rescue scenarios, humans can be detected in thermal infrared data obtained via a drone. We have also shown that it is possible to automatically detect humans in the data using a simplistic temperature and size thresholding method.

However, this method would need to be improved upon and refined for real-life operations, and will also need to be able to run live as the drone flies.